In Berlin, with Fernando Solanas (Ours d’Or d’Honneur) and Walter Ruggle (trigon-film)

For the most part, these films were directed by natives of the countries in which they were filmed. Many were co-produced by European partners and in a few cases, by on location partners, most often the filmmakers’ production companies.

With Jean-Luc Couchard, during the shooting of « Win Win »

Author, director and producer of :

Working as a production designer, art director, production assistant, interlocutor and translator, Monika has worked in close collaboration with Thelma Film and Prince Film since 1995.

Most notably she worked as an art director for Thelma Film and Prince Film on the films Charming neighbours, Thelma, Win Win (Chinese locations) and Blind Date. 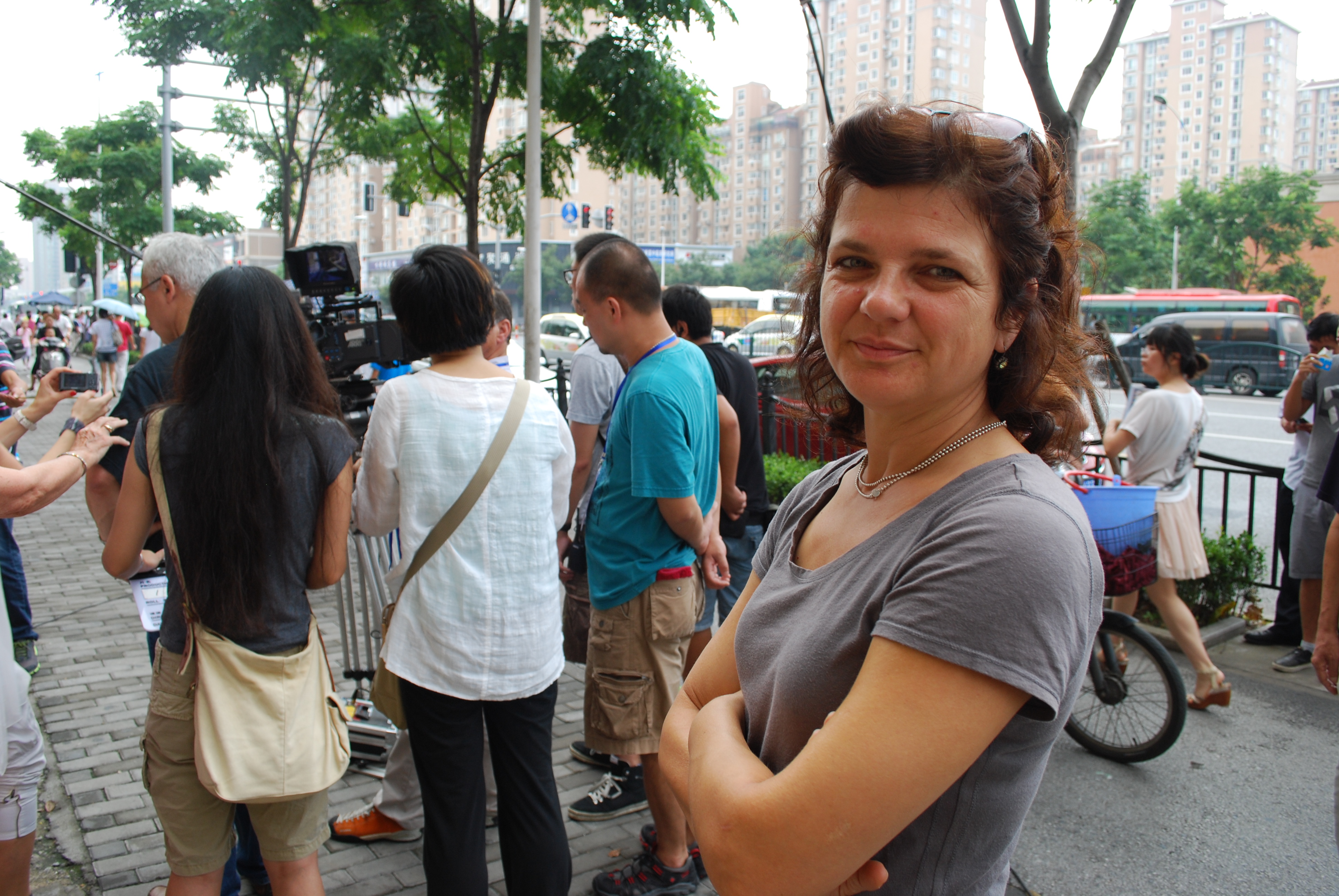 In Shanghai, during the shooting of Win Win.